Why I Write Fantasy - Gene Twaronite 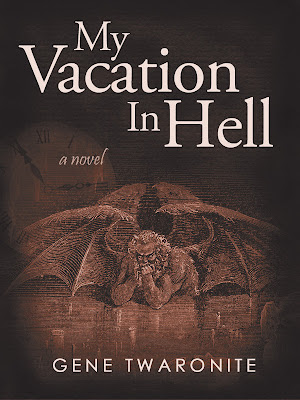 Gene: I think it has to do partly with my basic outlook on reality, which tends toward the surreal. From earliest memory I’ve had this feeling that there’s something irrational and strange about the universe. Whenever I look at a giraffe, rhinoceros, or my own face in the mirror, a certain weirdness creeps over me. How did such an unlikely creature come to be? So writing about fantastic or unreal worlds comes perfectly natural to me when reality itself seems unreal.

I remember as a young boy being able to project myself at will into various imaginary worlds and characters. A history lesson at school would be followed up that afternoon with my role-playing some historic figure back in time. And running home, lungs bursting and short cape flying in the wind, I would become Superman—running so fast that it felt like flying. Whether it’s Tolkien’s magic rings of power or Gene Roddenberry’s quasi-science-based fantasy, it’s all part of the same magic. It’s like what my main character John says at the end of my first fantasy novel The Family That Wasn’t: “…words are powerful stuff. You think that just because you arrange and compose them on the page you still have control over them. But once you set them into motion, words have a life all their own. No telling where they might go. Sometimes they’ll take you to places strange and wonderful. And sometimes they’ll take you to places all too real and terrifying. I never knew writing could be so dangerous.”

Amber: Why did you choose your subgenre of fantasy?

Gene: I guess you would call my subgenre satirical, young adult, urban fantasy (or middle grade in the case of The Family That Wasn’t). Though I now live in rural Arizona, for most of my life I’ve been an urban dweller. So writing about a young man who lives in the city and dreams of becoming a writer wasn’t a big leap.  I wanted to show how the everyday life of urban existence can quickly become unglued through our imagination, taking on wholly new dimensions and possibilities.

Having achieved some measure of early success in publishing juvenile short stories, I felt comfortable writing for young people. As for the humor, for me there is no other way I can write. When given a choice in a scene between serious dramatic tension and veering toward the absurd or silly, inevitably I’ll go for the laugh.

With mentors and heroes like Mark Twain, Kurt Vonnegut, James Thurber, Woody Allen and George Carlin, to name a few, it is easy to see why. Nothing so turns me off in a novel or short story as a total lack of humor. Nothing so defines human as a sense of humor.

Amber: Why do readers love fantasy?

Gene: Humans have always needed to explain reality: how it all started, who we are and where we are going. Answering these questions requires us to step out of our everyday existence and imagine the incredible and the unknown. So we invent stories that we once shared around the campfire. All the great myths, legends, sagas, and religions started in this way. And even as science begins to unravel some but not all of the mysteries of our existence, we continue to hunger for these stories. They provide not only entertainment but allow us to vicariously project ourselves into alternate visions of reality while acting out different aspects of our personalities.
There’s definitely a therapeutic value in fantasy, in stretching our imaginations and visualizing new outcomes and possibilities.

Indeed, I hope that at least one sexual abuse victim somewhere is inspired in this fashion by my novel My Vacation in Hell. Some fantasy stories become so convincing to us that we come to inhabit them, as many of us will forever inhabit Middle Earth. In my novel The Family That Wasn’t, John’s Apache grandmother explains it to him this way: “Johnnie, it’s all a story. It’s been that way since the beginning of time. Back before Geronimo and before mountains, oceans and rivers and before even the earth and the stars, there was always the story. It is a story that lives in our hearts.”

Gene: I would have to say no. The basic drive behind all my writing is to share it with others. All fiction writing is storytelling—stories are meant to be told. I once read a book about writing poetry—in a way poems are a kind of short short story—in which the author (a well-known actor) admitted that he wrote his poems solely for his own amusement. And I found that kind of sad. Poems and stories are an open invitation to the world to share in a writer’s vision.  And even if I were stranded like Robinson Crusoe, with no hope of rescue, I would still write with the dream that my writing, if not me, might someday be discovered. 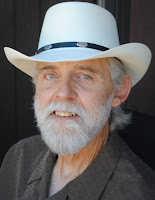 Gene Twaronite is an Arizona author whose stories have been published in numerous magazines, journals and anthologies, including Avatar Review, Highlights for Children, Read (Weekly Reader), and Heinemann.  He is also the author of the middle grade novel The Family That Wasn’t.

The author first introduced the theme of sexual abuse in his previous novel The Family That Wasn’t—the prequel to My Vacation in Hell.  In his words: “I felt I needed to help my character John resolve his issues. So I tried to imagine as best I could part of the horror experienced by a sexual abuse victim and how he might deal with it. It is my hope that in some small way my novel helps to address the needs of all who seek to find their own way out of hell."

Early on in his writing career, Gene Twaronite realized that he was the sort of person so aptly described in an essay by E.B. White ("Some Remarks on Humor") for whom there is a constant "danger of coming to a point where something cracks within himself or within the paragraph under construction—cracks and turns into a snicker." Dealing with this "uninvited snicker" has been the story of his life.

He is the author of the middle grade and young adult fantasy novels The Family That Wasn’t and My Vacation in Hell.  He is a published member of Science Fiction & Fantasy Writers of America, Society of Children’s Book Writers and Illustrators, and Professional Writers of Prescott. An accomplished speaker, he offers interactive PowerPoint programs, based on his two novels, free to any school or library in Arizona.

My Vacation in Hell is a dark comic fantasy of a young man’s journey through hell. Set in the mid-1960s, it is narrated by a 15-year-old writer named John Boggle. A troubled nerdy misfit and a frequent flyer of his imagination, John is inspired by a book report reading of Dante Alighieri’s the Inferno. In the eternity of the five minutes before summer vacation, he embarks on a pilgrimage based upon his own free-wheeling interpretation of the work.
Following Dante’s lead, John populates his hell with all the people who have wronged him over the years, inventing deliciously cruel punishments for each of them in his teenage version of cosmic retribution. Aided by his best friend Virgil, a trusty guide in this shared imagination, John also struggles to come to terms with the world’s many evils. And as he descends further into this realm, he constructs his own hierarchy of evildoers, assigning them to the levels he believes they deserve.
But it is the evil perpetrated upon John, a victim of sexual abuse, which poses the most difficult challenge. The deeper he goes, the more he encounters obstacles, some of whom in the guise of colorful demon characters try their best to keep him there. But the worst obstacle of all is his own self-image, forged out of guilt and shame. He will not leave this hell of his own making, Virgil tells him, until he learns how to deal with the abuse inflicted upon him and finds the true center of his being.
Though dark and disturbing at times due to its mature theme, My Vacation in Hell delivers a message of hope with a large dose of humor. More information about the novel can be found at the author’s Web site:
Find Gene at his website:  www.myvacationinhell.com
Or email him at gtwaronite@gmail
or can cut out the middle man
and contact Gene’s character John Boggle directly at Twitter.
Posted by Amber Polo at 3:33 PM 4 comments: 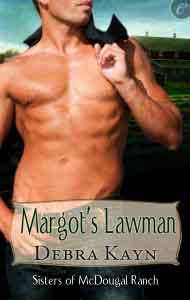 One of the best pieces of advice an editor gave me when I first started writing was to write what you know. Not only will the story come to you easier, but your readers will believe your story.

Writing about cowboys, country living, and about the working man is part of my life. It’s the people I know, the community I live in, and the people in my family.

Most of all, I like to write about cowboys. What other kind of man can pluck you out of the store, haul you over their shoulder, and disappear from sight without having the police called? This same man who’ll tell you exactly what he means in the roughest language, and bring you a handful of daisy’s an hour later. He’s tough enough to dominate the rankest bull, and tender enough to cup his newborn niece in the palm of his hands. He’s dependable and rough around the edges, but when he falls in love…he falls hard.
Not to mention, boots, Levi’s, and a cowboy hat. He doesn’t need pretty words. One look, and you know exactly what he wants.

If you were asked to write about the kind of men you know, how would you describe them?

It's hard to keep a secret in the small town of Pike, Montana, but veterinarian Margot McDougal and sheriff Roy Lee Hanson managed to keep their relationship on the sly for months. Margot cares for Roy Lee, but the last thing she needs is to worry about local gossip while she's busy running her clinic and dealing with the loss of her beloved father.

Roy Lee can't wait to tell the world that he loves Margot. He respected her decision to keep their affair quiet—until now. It's time for everyone to know Margot is his gal...especially Ryan Martin, her new assistant. He's formed an attachment to Margot and Roy Lee is sure the city boy's unexplained appearance in Pike means he's up to no good.

Margot just wants to help Ryan fit in, and Roy Lee's jealousy soon drives a wedge between them. A wedge that only increases when Margot is roped into Ryan's secret, too...

Multi-published romance author Debra Kayn lives in the beautiful Coastal Mountains of Oregon on a hobby farm. Her love of animals includes dogs, chickens, goats, rabbits, turkeys, geese, and yes...pigs. The peacefulness of a flowing creek across her property provides an excellent spot to read a book on a summer day, go swimming, and catch the ever-elusive fish using a pink sparkly fishing pole. Meeting her husband on a blind date in her teens made her a true believer in love and romance, and she can promise you that all her books will have a happily-ever-after.