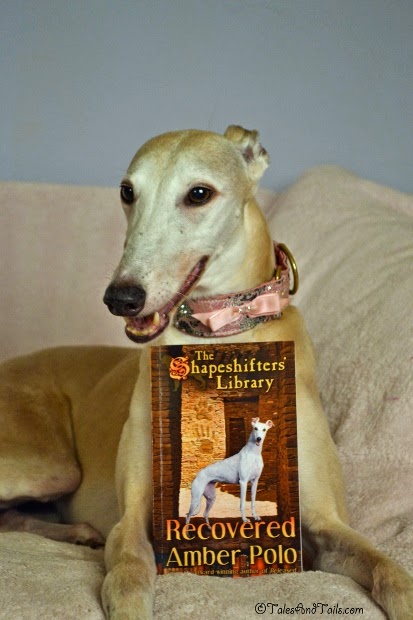 Welcome Bunny, and thank you for being my first Greyhound reviewer. I hope you didn't consider the biscuits I sent to you a bribe. That was not my intent.

Bunny: No, not at all! They certainly made the book smell nice while I was reading it, though.  A good book is supposed to be one you can sink your teeth into, after all!
Amber: Tell me a little about yourself. And your blog.
Bunny: I'm an almost eight year old Greyhound.  I came to live with my humans when I was eighteen months old.  I went through all the schooling to race, but they decided that I was too little and sent me off to be a pet instead.
Since then, I've become a therapy dog, an ambassadog for Greyhounds, a model, a blog writer and a star of the internet. 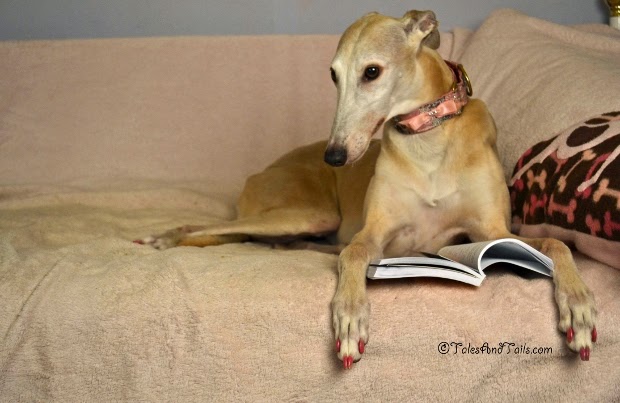 My blog is Tales and Tails and it's about the things we do with our humans.
We go out and have a lot of adventures.  I want my Greyhound friends and their humans to know that retirement from racing doesn't mean that you go take a nap on the couch and never get up again.  It's just the start of a wonderful and exciting new life.  I have one Greyhound sister, Flattery, a German Shepherd sister, Morgan, and a German Shepherd brother named Küster who works as a Search and Rescue dog.  Anyway, we share things about our adventures and fun places we go together and our jobs.  Amber: I'm thrilled that you enjoyed my book Recovered. I wonder, did you identify with Bliss, my Greyhound shifter heroine? Bunny: I did a little bit, but there were also things that were a little foreign. Most Greyhounds in the United States don't get to run around without a leash on. But, I do happen to love books, especially ones that are illustrated.  I would love working in a library like Bliss does.  I also would love going on a grand adventure like she did.
Amber: Have you ever met a dog-shifter?
Bunny: No, I can't say that I have, but I've read a few other stories about them. I think it would be rather interesting, to say the least.  I'm sure I'd have a few questions for them, provided they could understand me.Amber: What would you do if you met a werewolf?
Bunny: I wouldn't be too worried.  I mean, no dog is as fast as a Greyhound, so I could always outrun one if I had to. But, I'd be terribly curious and I'd probably want to have a good sniff of it. I also like to write great stories for Halloween on the blog, so I'd see if I could get an interview and some pictures. If the answer was unfriendly, then I'd high tail it somewhere safe.

Amber: Thank you Bunny for visiting. Besides being a star blogger, you certainly are a beautiful Greyhound and must give so many humans pleasure in your therapy and modeling work. Just make sure you save enough time for reading and book reviewing. 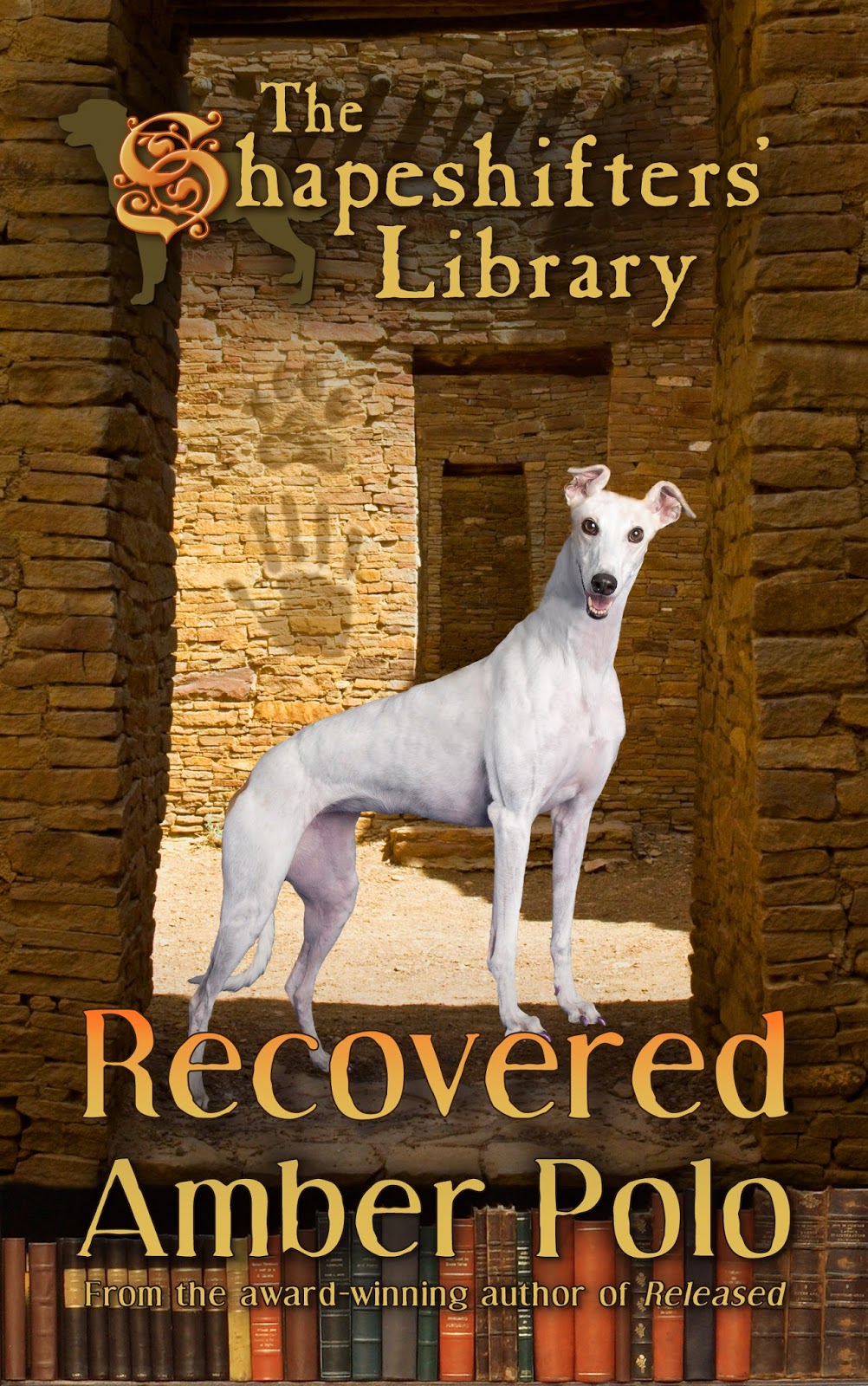 The Shapeshifters’ Library Book 3: Recovered A Cross Country Canine Cozy Adventure from Ohio to New Mexico, filled with ancient mounds, dog-catchers, rescue groups, and wolfdog issues. Come along with Bliss, children’s librarian and white greyhound shifter, and reformed werewolf Harry as they search for the most valuable library on the planet, chased by Sybilla and Blaze, werewolves crazed to stop them.


For more interviews with canine reviewers

My interview with OZ the Terrier, who also reviewed Recovered