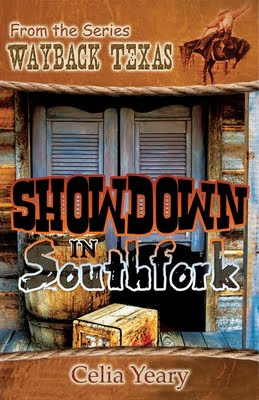 Welcome Celia Yeary, romance author!
Celia’s come to tell us about an unusual book signing she hosted for her first book.
When my first print came out, I thought an author should have a book signing. But I’d attended a few, and the concept made me nervous. I’m not shy at all, but I knew I’d have a difficult time sitting there, looking perky and cute (I’m not), somehow enticing passers-by to stop (I would feel “on stage.”) Not for me, I thought. I’ll have a book party at my house, instead.
How did you get the idea for a party?
I’m glad you asked, Amber, because other authors might want to try my method. An author who grew up here still visits her mother in the family mansion in the Historical District. She’s written three thick historical novels, and with her latest, she came home to have a tea party in the mansion in order to sell and sign her books. Well, of course, it was a grand success. I thought, if she can do it, so can I. My home is certainly not a mansion, but I do have a nice home, and I enjoy having groups here for various functions.
How much planning went in to it?
Not much, once I worked out the plan in my head.
Who did you invite and what did the invitation say?
First, let me say that I know a lot of people. I’ve lived here many years, my husband taught at the university, I taught at a private military boarding school, and I’m a member of several groups in town. This helps if you want to try a party. I didn’t want to be crass and hand an invitation to someone personally, making that person feel obligated. Instead, I used a Word document and wrote:
“I invite you to purchase my book at a slight discount. I will pay the postage. If you wish to do so, send $12.00, and I'll order the book for you. This is a two-dollar discount and I will pay the postage. Then, I will send you an invitation to my house for a Tea Party to pick up your book!” (I added the title, genre, my address, e-mail, and phone number.)

I made a Word document, two invitations to a page, printed it on pink paper, and cut in half. For a month, I took a few each time I had a group meeting of some kind. I placed the bright pink papers on a coffee table, and entry table, a desk, and during the meeting, I’d point  out the invitations and move on. I never looked to see who picked one up or who didn’t.

The checks and cash started coming in. I sold forty books. Then I had my party. Everyone
wanted the book autographed, so I did that before the party--very time-consuming.
One woman bought six books--to give five away to close friends. One bought four--for her daughters. Fifteen more people wanted the book, and even though they missed the party, I gave them the same deal. Now, I'm on my third order.

I love that you got the money ahead of time, so there was no handling of filthy cash and checks and you just had a good time.

That’s right, plus I didn’t have outstanding payments, and if a person prepaid, I knew she wanted the book. I say “she,” but three men bought the book, too! You didn’t ask, Amber, because you’re a polite person, but I’ll tell you about the money I earned. This is the most profitable way to sell a book. Yes, it’s a little work, but worth it. After I paid for the shipment and the shipping, I earned about $3.50 on each book. I would have made more, had I charged the full retail amount. Now I know I could have and every one of those buyers would have purchased a book. But I felt happy that I gave each one a little gift. Now, they’re waiting for my next one.
How many people came to the party?
Thirty-five people came. I delivered to the few who could not make the party. Three women brought their husbands, and one woman brought her teenage son who likes to write.
Can you tell us about the cost factor?
The party cost about $25. I went to a huge discount warehouse and bought pretty blue paper plates, napkins, and plastic cups. The menu consisted of Texas-shaped pretzels, assorted nuts, homemade chocolate-chip cookies, pimento cheese spread (I make this), and Texas-shaped crackers. Oh, and peach iced tea.
What are you writing now?
Several things, but this is the way I write. I never start one manuscript and write until I’m finished. I think of something else and go off in a different tangent. My currents projects are an historical love story, A Life Worth Living, set in 1918 when the Great War ended; a short western historical romance titled Painted Rock Canyon; and a short, light romance tentatively titled The Nanny and the Pro, my first attempt at an Inspirational story.
Thank you so much, Amber, for the guest spot on your successful blog. I’d love to give away a pdf of my newest release, Showdown in Southfork, a short novel for the Wayback, Rodeo series for The Wild Rose Press to one lucky visitor. 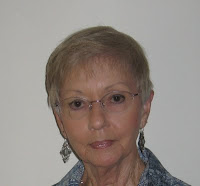 Celia Yeary sometimes calls herself The Accidental Author. She only wrote science research papers in college, and adds—that was many years ago. She began writing in 2003, just “playing around,” and before she knew it, an 80,000 word novel had appeared in her files. Now, she’s addicted, just as she became addicted to playing golf at age forty. Celia and her husband travel, visit grandsons in far-away , participate in university, church, and community events, and enjoy their Texas Hill Country home.