Why I Write Fantasy - Brenna Lyons 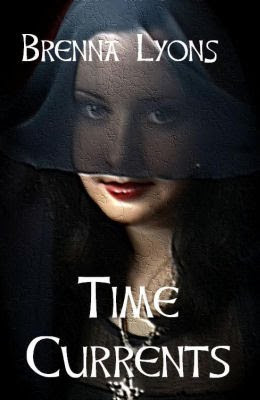 Welcome Brenna Lyons, prolific dark fantasy world builder.
Amber: Why do you write fantasy?
Brenna: I am drawn to fantasy by the simple departure from everyday life and the exaggeration of the human condition, at the same time.

I had a lousy childhood. No bones about it. Fantasy allows an escape from the mundane, which I always found appealing.

Beyond that, everything in fantasy...spec fic in general...can be so much larger than life. Your fantasy characters can live longer, be stronger, survive more abuse/torture, possess powers humans only wish they had, and so forth.
There's something engaging about creating something new, from the ground up. When you get to create not only flora and fauna, but also laws and mores, calendars and language, imports/exports, industries...it's a rush. It allows the writer to put herself into a different mindset. If your laws said X and your mores said Y and your limitations and powers were...how would you think? What would you do? How would you view human norms? What sort of culture shock would there be when dealing with other cultures or worlds?

Or in finding the story behind the story... One of my favorite games is taking old myths or stories and asking the questions couched between the lines. How did the character get from point A to point C here, when moving from myth to myth? What was that character thinking? What if the character was wrong? What is the story that is hidden behind this? What really happened that the historians/storytellers tried to explain it this way?


Amber: Why do readers love fantasy?
Brenna: Readers like some of the same things I do. Certainly, they seem to like the departure from the mundane and reading about a new place and new creatures/characters. They also seem to like the look behind the established stories, the dark underside of what we think we know, and the ethics and mindset of a non-human character.


Amber: Would you write fantasy even if no one read it?
Brenna: Absolutely! I wrote before I had an audience, so I'd continue to write without one. Spec fic isn't all I write. Would I focus there more and on spec fic less, if the market dried up and no one was reading it? Probably not, because I have a character driven process, and the characters are very loud and demanding. I write what I want to read and what the characters have to say, so I'd still tell the stories they give me, even if there wasn't a market for it. 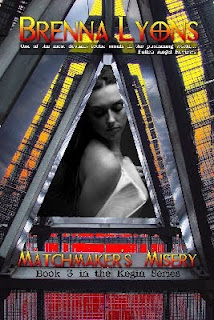 
Amber: The Night Warriors caught my eye, but then I noticed the interconnected worlds. How DO you keep all of your 21 worlds straight?
Brenna: Every character and world is different, so I don't tend to mix them up. Of course, as you noted, sometimes my worlds want to contact each other. Early on, I had little crossovers, like a heroine in Night Warriors Warriors reading a Night Warriors Beast book...and Alex from Renegades series wearing a "Jorg for President" t-shirt (from Night Warriors series).

As time went on, those connections grew. I hadn't consciously planned to make Council of Worlds as I did. I wrote in that there were three humanoid worlds on the Council of Worlds in the Kegin series without plan of looking at the other two. Then they showed up in the Kegin series, barging in on an established world and forming links. Once I had a taste of them, they took off and demanded their own series that interlinked back into Kegin later. Small details I'd woven into the Kegin series took shape into strong links between the worlds.


Thanks for visiting Wordshaping and giving us a glimpse into your worlds. 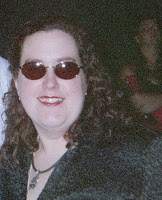 Brenna's series include -
New titles coming out in nearly every series.

You can reach Brenna through her site.
Brenna's Contest!
Leave a comment
for a chance to win a PDF from Brenna.

Email ThisBlogThis!Share to TwitterShare to FacebookShare to Pinterest
Labels: Brenna Lyons, Why I Write Fantasy