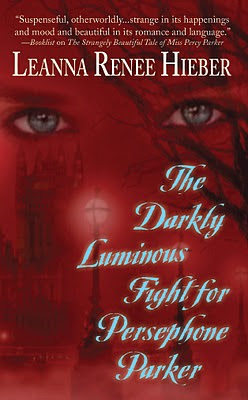 Welcome, Leanna Renee Hieber, author of the Strangely Beautiful series of Gothic Victorian Fantasy novels!
Amber: Why do you write fantasy?
LRH: I primarily write historical fantasy because I love the chance to dive into another world that is in some ways familiar to us, it being our history, but is wholly another world because it’s a time in which we’ve not lived ourselves. The fantasy aspect is important for me because I like showing history in a new light. Paranormal and fantasy aspects allow me to utilize the era in ways that are unique, boundary-breaking and just plain fun.
I’ve been obsessed with both classic fantasy and classic Victorian literature since childhood, so it felt utterly natural for me to blend them. Considering the paranormal elements already present in great Victorian literature, drawing fantasy and paranormal elements into this historical time period was seamless for me, especially in the Gothic style in which I write. I think many writers write what they want to read, that’s certainly true for my Strangely Beautiful series; I took all my favourite styles and elements from different genres and blended them into my books. Thankfully, considering the Victorian obsession with ghosts and neo-classicism, my use of Greek Mythology and a ton of real-life London haunts all work in tremendous concert.
Amber: What are your favorite fantasy novels?
LRH: There are aspects of Edgar Allan Poe that border on the supernatural fantasy side of things, and he remains my earliest and most profound influence, along with Lewis Carroll, who helped anchor my interest in fantastical Victoriana. I will always think of Narnia and Lord of the Rings as similarly changing my life. Narnia first, then Tolkien cemented my love of fantasy forever. Authors like Ray Bradbury and Stephen King, who can blend the edges between fantasy, paranormal and horror, continued to inspire and influence me. Then Harry Potter came along and re-ignited my creative fire like nothing had done since childhood.
Amber: Why do you think readers love fantasy?
LRH: The word fantasy says it all. It is fantastic. It is full of dreams coming true, but not in the easy way- in a way readers feel they have earned. We want to experience fantasy because of the journey involved. In some ways we can more accurately mirror real life by putting ‘real life’ into extreme and improbable circumstances, thus forcing out real truths in ways that are so much more easy to stomach, the results of which can nestle into our hearts with lasting magic that no other tales can quite deliver.
Amber: Would you write fantasy even if no one read it?
LRH: I was writing fantasy for a very long time before anyone was reading it. J It took a long time to convince me that my books (I started writing my first novel around age 12) needed an audience outside of the secrecy in which I’d kept them. 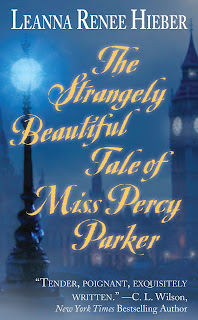 Award winning, nationally bestselling author, actress and playwright Leanna Renee Hieber graduated with a BFA in Theatre, a focus in the Victorian Era and a scholarship to study in London. Having adapted works of 19th Century literature for the stage, her one-act plays have been produced around the country.  Her novella Dark Nest won the 2009 Prism Award for excellence in Futuristic, Fantasy or Paranormal Romance.


The Strangely Beautiful Tale of Miss Percy Parker, first in the Strangely Beautiful quartet of Gothic Victorian Fantasy novels, hit Barnes & Noble’s bestseller lists, won 2010 Prism Awards for Best Fantasy and Best First Book and the rights have been sold for adaptation into a musical theatre production currently in development.


In addition to new Strangely Beautiful releases, her new Magic Most Foul Victorian Paranormal series set in 1880s New York City begins 11/11 from Sourcebooks Teen Fire. A member of the Science Fiction and Fantasy Writers of America, Romance Writers of America and International Thriller Writers, she’s thrilled to be RWA NYC’s 2010 Author of the Year. A member of actors unions AEA, SAG and AFTRA, Leanna works often in film and television. When not writing or on set, she's a devotee of ghost stories and Goth clubs, adventuring about NYC, where she resides with her real-life hero and beloved rescued lab rabbit Persebunny. 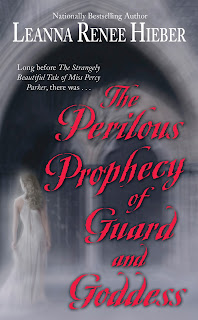 Visit Leanna on her website
&
Leanna's blog on books, fluffy animals, the undead and stuff...
View her Book trailers.
Posted by Amber Polo at 12:11 AM