Why I Write Fantasy - Helen Henderson 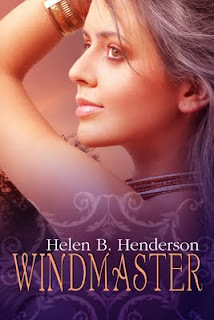 Welcome Helen Henderson,  author whose fantasy that takes readers to visit other times and places and worlds of imagination!

Helen: I've always loved to escape into other worlds, whether I became a fast-gun in the American West, an interplanetary explorer, or a fire-throwing mage. Fantasy allows me to create environments where magic lives and heroes rule. Being able to hang out with dragons or horses with a touch of magic in their souls are other reasons why I write fantasies.

Amber: How does writing non-fiction help you in writing fantasy?

Helen: I believe one of the key elements in a successful fantasy story is the believability of the world, even though winged horses or elves might inhabit it. In creating 300+ articles covering antiques and history, including military history, and two local history books, I've had to research, research, and do more research. Knowledge of the past is often transferrable to the worlds of fantasy. If the reader feels the weight of the sword dragging down the heroine's arm, smells the smoke from an inn's fireplace, or walks through an ancient culture, it brings the world to life for them. No matter what genre I'm writing, one major element carries through them all—I try to make the world I build for the characters real for my readers.

Amber: What are your favorite fantasy novels?

Helen: Although I avidly devoured the works of E. E. Doc Smith when I was younger, Anne McCaffrey's Dragonriders of Pern and her books chronicling the families of the towers are my favorites.

Helen: Fantasy is a vacation of the mind. With a well-crafted story, the journey wings the reader to foreign worlds and lands. Regardless of whether the destination includes sword fights or magic, dragons or elves, fantasy takes readers beyond the trials and tribulations of their own lives into other times and places where heroes rule and life is simpler. As readers, we often see a bit of ourselves in the characters, and our hopes and dreams reflected in their quests, their achievements...and their romances.

Helen: This is a great question to ask an author as it could have different meanings. Many times we are driven to write, even without the expectation of publication. I have written stories to be able to spend time with the characters and in their world. So, the answer would have to be yes.

There is a different way to interpret the question, one not related to publication, but to reader interest. I would write fantasy even if times change and worlds turn and no one read fantasy any more. Although I think our lives would be the lesser for it. 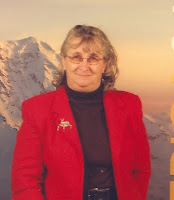 More About Helen Henderson
Although I wrote fiction for myself as long as I can remember, I never pursued it for publication until late in my writing career. My stories take readers to the old West, the stars, or worlds of imagination. I often work to music. Celtic harp and flute take me to other worlds where I create science fiction and fantasy. The musical inspiration for Civil War or historical adventures is the Ashokan Farewell, and movie themes from the genre for westerns.
For excerpts  or to learn more about Helen, stop by her website. Learn more about Windmaster, her new release from Champagne Books. Available at  Champagne Books, Amazon.com, All Romance Books and online bookstores.
Here's a peek at Windmaster

Despite his insolent attitude, Ellspeth, captain of the Sea Falcon, is attracted to the dark-haired worker she hires to help unload the vessel's cargo. When the supposed dockhand reveals he is Lord Dal, the last member of the Council of Wizards, and her passenger, Ellspeth breaks a cardinal rule—fraternizing with the paying customers. Bringing Dal back from near-death releases her latent powers and threatens her captaincy. For to have magic she must give up the sea.

In accordance with an ancient prophecy, Dal allows Ellspeth to be handfasted to him without her knowledge or consent.  However, the prophecy doesn't state whether she will return his love. A likelihood threatened as the deception is unveiled and they are hunted by fanatical clerics bent on ridding the world of magic and those who wield it.

Trapped within the Oracle's Temple and marked for sacrifice, Ellspeth is forced to choose between survival, saving the future of magic...or love. 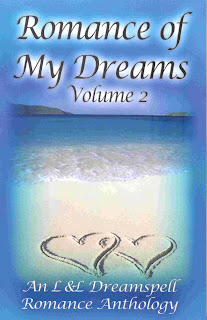 For variety, look for her western, Ambush Luck, in Dreamspell Goddess (August 2011), A Place at the Table, a young adult piece in A Yuletide Wish: Poems and Stories for the Extended Holiday Season from Night Wolf Publications, or the science fiction romance with a twist, Recov, in Romance of My Dreams II.