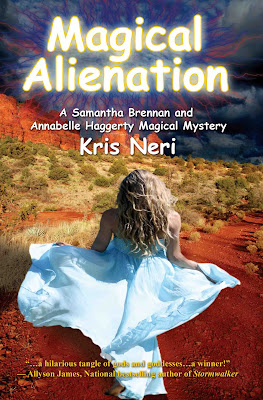 Crossing paranormal with other fictional categories — be they romance, mystery or general fiction — couldn’t get any hotter. But there are pitfalls those new to paranormal writing can easily fall into, which can doom a manuscript. Here are some tips to help you avoid those pitfalls:

1. The worst mistake newbies can make is thinking the supernatural elements are just tack-ons. The paranormal aspects must an integral part of the storyline. If you can imagine removing the magical elements, while telling the same story and having it turn out the same way — you’re not using it right.

2. Readers need to understand the rules governing the magical aspects of the world you’re depicting. You can explain those rules — and whatever consequences might result — either explicitly or by allowing the reader to absorb their essence by showing them at work. Most writers use a combination of both. Some can be accomplished by including a character that encounters the paranormal for the first time. The reader can learn how these rules function as the character does, and the reader can share her surprise. That’s what I did in my magical series, by having fake psychic Samantha Brennan encounter the true paranormal for the first time and sharing her shock with the reader.

3. You need to decide whether the magical aspects are known to the general populace of your world, or not. Either way works, but there is a built-in level of conflict if your paranormal beings have to struggle to hide their natures. In the Harry Potter novels, the muggles — non-paranormal beings — are generally unaware of the wizardry being performed in their midst, which provides lots of opportunities for conflict and plot direction, as well as humor.

4. Characters who possess supernatural abilities must be seen using those abilities, or we need to know why not. For instance, Annabelle Haggerty, the Celtic goddess/FBI agent protagonist of my Magical Mystery, MAGICAL ALIENATION, needs to be careful how much magic she performs at the FBI, where she must hide her secret nature. But I once worked with a writing client who described her protagonist as telepathic with animals, yet the character never displayed any telepathy in her frustrating interactions with animals, until the three-quarter point of the novel, for no reason that was ever explained.

5. Magical characters must still be real characters, as richly developed as those not possessing paranormal abilities, yet not be perfect beings, either. Your novel should contain challenging personal growth arcs for these characters, too, even if they also have some extraordinary abilities. Sharing in character growth is why we read fiction.

6. Just as everything comes together in the climax of any other novel, it must in a paranormal work. The solution your protagonist employs to meet her goal must rely on both her natural and supernatural abilities, to bring about a solution that works on both levels. She should also overcome her personal challenges, achieving personal growth as she achieves her story-objective.

7. Most importantly, even magical beings have to earn their successes. If you allow your protagonist to finalize the action in the climax with the effortless waving of a wand, or some solution not inherent within the storyline, you will lose your reader’s respect. If you change the magical rules you’ve already established to allow your character an effortless solution, you’ll also lose that reader. For the reader to continue to suspect disbelief, she must trust in the integrity of your novel. If you want to get around some generally accepted paranormal beliefs, find a realistic way to do it. In the TWILIGHT series, for example, Stephenie Meyer circumvented the belief that vampires can’t go out during the day without burning up by choosing a locale that’s heavily overcast.

Writing paranormal can be extra challenging because so much has to be integrated, and it must work equally well on multiple levels. But it’s great fun to write, and these tips should speed you on your way toward writing paranormal cross-category success.

Kris Neri writes the Samantha Brennan and Annabelle Haggerty Magical Mystery Series, HIGH CRIMES ON THE MAGICAL PLANE and MAGICAL ALIENATION, as well as the Tracy Eaton Mystery Series. She can be reached through her website
Posted by Amber Polo at 2:29 PM

Email ThisBlogThis!Share to TwitterShare to FacebookShare to Pinterest
Labels: Writing and Editing