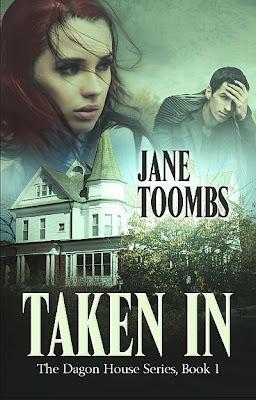 What really stresses me about my writing is getting a project done. For example I’m currently working on dividing a long California saga I wrote ages ago into a series of seven separate novellas for Books We Love Publishing Partners to put onto Kindle. Yes, everyone tells me how easy it is to do it myself, but they don’t understand I will never be a techie and do not need the additional stress of trying to be one.  So why do I find this project stressful?  Because I have another half-finished project I really need to be working on since another publisher is waiting for the third book in a different series.  I’m not exactly procrastinating, but it feels like it and I hate feeling this way.

What tends to relax me and keep me creative?  Well, for the immediate future I’ve resolved when I finish the second novella in the California saga series, I’ll stop and finish the other book I need to turn in, thus taking the pressure in my mind away.  Because, actually, what I’m doing with the saga is only editing. Any revisions are additions to the first chapter at the beginning of each book for clarity, as I’ve already done the work of separating this very long book into seven shorter ones. I’ll then turn in the first two books to BWLPP so they can start working up covers for them and I’ll finish the book I really need to turn in, thus eliminating the stress.

I’ve stopped writing for NY pubs because killer deadlines were keeping me pretty much always stressed. With additional stress because I was constantly having to remember to fit my books into a line, when I’m really not that kind of writer. By that I mean some of my books need to be sexy and others don’t.   Some need to be paranormal and others don’t.  And so on.  Even though I’m a plotter, not a pantser, because I work with a synopsis, I can’t always foresee what the characters will tell me about themselves as I work with them. I truly love the no-pressure, no-line epubs.

My primary way to relax is to read. I once compared this to the need to fill up again on words after I’d used up all my current ones in my own stories.  Whatever the reason, reading does relax me so much that I sometimes fall asleep in the middle of a book. Which really has nothing to do with how interesting it is.

I sometimes take  a walk along the beach as I live across the road from Lake Superior’s south shore. Or do a spot of easy gardening, like snapping off old flower heads. Occasionally I do a bit of cooking ahead, like making soup.  For some reason, soup-making is relaxing for me.  Maybe because it reminds me of being a child and watching my mother make soup while we talked. I’ve tried relaxation techniques, but they don’t work for me because I can’t shut off my mind.  I start to feel myself drifting and the next I know, I’m in the midst of creating a plot for another story, which is not relaxing.

So I’ve come to believe that since every writer is an individual, what works for one may not for another. But I believe we all should explore ways to de-stress ourselves because I well-know how tight we can get wound up during the  writing process.  There is no right or wrong way to relax, although it’s wise not to get dependent on drug use for that purpose. That said, I admit to having a vodka tonic with cran-cherry juice and lime every evening before supper with the Viking. But only one.  We have a screened porch where we sit in good weather and watch the birds and chipmunks. I get so relaxed I sometimes fall asleep. My advice to writers is that every one of us should explore every possible way to relax until the “right” way or ways for each individual is found. 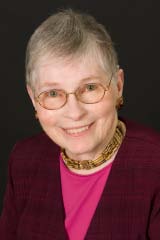 Jane Toombs, along with the Viking from her past, lives in Michigan’s beautiful Upper Peninsula wilderness with the Viking from her past and their calico grandcat, Kinko. Jane, multi-published, with books in many languages, writes in all genres, including non-fiction, but excluding men’s action and erotica. She favors paranormal.  Her published book count, including her novellas, is near ninety.  Jane hopes to reach 100 published books before she’s that old.

Taken In
In New York City Gail Sarandon watches the murder of a man she knows. Afraid the hit man has seen her, she flees her apartment, heading in a rental car for the Adirondacks. Both Secret Agent Jason Tregarth , who intends to turn her over to a US Marshall, and the hit man pursue her. Jason reaches her first, but his attempt to get her to safety is thwarted by the hit man. Jason, Gail with him, is forced to flee. They evade the hit man but the car crashes and burns on a lonely mountain road. Both are forced to take shelter in a old and haunted Victorian called Dagon House…
Excerpt:


To find out more about
Taken In
& Jane Toombs
visit her website:
http://www.janetoombs.com
Posted by Amber Polo at 11:24 AM