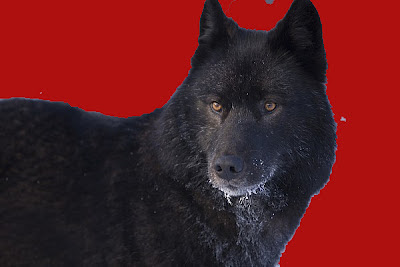 I should have been the heroine of Amber’s series The Shapeshifters’ Library because I’m way more interesting than that librarian Liberty or that chocolate Labrador retriever Children’s Librarian, Godiva. I would have taken over the entire series except for my husband Harry. Don’t get me started about Harry, but marrying him was not one of my better decisions. His shaggy innocent good looks were so different from the slick confident werewolves prowling around the law school campus. I was rebelling and his half-breed persona caught in a moment of rebellion.

When his father gave him the opportunity to move to Ohio, run a bank, and wait for the ancient pack Alpha to croak, it seemed like a first step in moving on to bigger things. I’m ambitious. Settle for being a small-town banker’s wife? I don’t think so. I’m a big pack girl.

Amber is telling me I shouldn’t give away that happens in Book Two Retrieved. Cute. Like puppy dogs chasing books. I will tell you a couple of really good things happen to me in that book and I get to shine.

Anyway, if Amber had wanted a heroine with a little sex appeal to heat up her books, she should have given me more pages. But what can I say, she’s the author. I get to be the villain, which suits me fine. I’m one of the most important characters and got my own POV, which is cool because without my viewpoint you’d think books and libraries are wonderful and worth saving. I’ll tell you about the werewolf plot to destroy books and libraries. Who else lets you in on the good stuff?

I wear sexy clothes and own a trendy bistro which serves the best food you’ve ever eaten. Forget the stale donuts in the library’s staff room, my French chef’s flaming deserts are to die for.

Harry is Beta Male to Elsie Dustbunnie (and you thought my name was dumb). In book one, she’s retired from the public library but still runs the pack. I do give her credit for burning down the old library, but when the librarians moved into the old dog-shifters’ building we had to figure out how to put them out of business and kill all the dog-shifters still in the basement. That old bag needs a new hip and a quick trip to the old wolves’ home, but she thinks Harry with lose the town to the dog-shifters, if she turned her tail for a minute. She’s right. Harry would flub the whole thing. But she won’t let me have a go at running the Pack because she’s so jealous of my youth and beauty.

I try to get Harry to be a man – or a wolf – but his dog blood makes him wishy washy. I’ll admit when old Harry is in wolf form he still can light my fire, but the rest of the time – if I were a reader - and I’m NOT – I’d rather curl up with a good book.

I do my best to destroy every book I find. I love the rituals when we run around in the woods on four feet and toss books onto bonfires.

So read The Shapeshifters' Library Book One:Released to see if I can nudge Harry and Elsie into burning down the town library. And don’t miss Book Two: Retrieved. I get to be Pack Alpha and battle the librarians for control of the town with the help of a hunky ex-Marine wolf by the name of Blaze.

Oh, and Amber’s reminding me to tell you both books are sweet, despite my efforts. 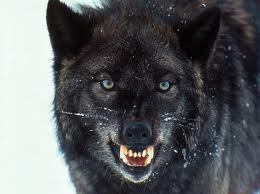 So read The Shapeshifters' Library Book One: Released to see if I can nudge Harry and Elsie into burning down the town library. And don’t miss Book Two: Retrieved when I get the bigger part I deserve. And Coming soon Book Three: Recovered where I really shine!

Released (The Shapeshifters’ LibraryBook One)


Complete List of Characters
in
the Shapeshifters' Library Series

When I began writing The Shapeshifters’ Library series I realized that like any fantasy universe, my world I needed maps and drawings to keep my imaginary town consistent.

I could visualize the library and the town, but as characters moved around  Shipsfeather, Ohio readers might also want a map. And I needed to keep my descriptions consistent.


I drew sketches of the town and then began to make the library more real, So much of both Released and Retrieved take place in the former shapeshifter academy turned into public library. The lovely old domed building is remodeled into a high tech modern library without losing the charm of the original building.


In Released, the town library burns and instead of rebuilding, the town buys a cursed academy on the river considered haunted by the local residents. As Liberty Cutter explores the building, she meets Chronus an Old English Sheepdog who begins to talk to her. As he tells her about the dog-shifters she learns hundreds of dog-shifters still live and work in levels below the library, unable to leave due to a curse by book burning werewolves. She accepts his stories of shifter magic reluctantly as she is brought into their world.


My talented friend Beth Bass, who loves fantasy, offered to turn my sketches into real drawings, forcing me to be even more specific about the town and the public library and the “basement” office level.

What isn’t included is the deeper levels. Below the library are more levels where the shifters live.They have a research library, gyms, spas, cafeterias, medical facilities, living quarters, and everyone’s favorite – the Starbarks café. The details of these levels I’ve left to the readers’ imaginations.

Hope you all enjoy visiting Shipsfeather.

Thanks again to Beth for the wonderful drawings.

To see any of the drawing in more detail see my website.
Posted by Amber Polo at 12:30 AM 3 comments:

I love the covers for TheShapeshifters’ Library series. Released and Retrieved both have gorgeous covers I am so proud of.

Originally I used a version of the top of the book cover design as a logo for the series and my Facebook Fan Page banner:

As I created more promotional materials (book bags, coffee cups for Starbarks and post cards) I wanted a version of the logo that showed off the dog more clearly.

I asked the creative, talented and beautiful Connie Lee Marie Fisher to give the log a white background that would emphasize the dog. After all, the book is about dog-shifters and everyone knows dog lovers love dogs on book covers.

Connie created a couple of versions I liked:

And then one with a red dog that was perfect:

And then the trouble began...

Never one to let perfection alone, Connie sent me another. Apparently late one night she was bewitched by her cat Harry and one of them added a cat to my logo. And more cats...

Retrieved has several cat chapters where readers will learn that some cats have ancient shifter blood which gives them the ability to speak, but they can’t be bothered.

Retrieved also features a cat infestation in the library when book-burning werewolves put not one, but many, many cats in the library’s book drop. (Apologies to Dewey whose library life began when he was dumped into a bookdrop.)

So despite Connie and Harry, The Shapeshifters’ Library series is really about