Flash Fiction - How to Dig Up a Bestselller

The Story Farm by Amber Polo 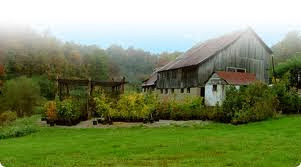 The farm cottage wasn’t charming or particularly cute, just a step up from ordinary. She didn’t even know if anyone lived in it. The crone’s hand-drawn map indicated this house was the only building on the Story Farm. The old woman had promised her, that if she buried her writing here, the story’s memories would forever be cast off from her heart. And her life would at last move forward.

Behind the cottage, mounds of fresh soft dirt dotted the field as if gophers mined for gold beneath her feet. Urged on by Desperation, she could not go back now. Choosing a serviceable spade from an assortment of shovels, she began to dig in an untouched spot. The soil was harder than she’d expected, but after a couple of tries, her shovel pierced the surface. When the hole was a foot deep, she lifted a thick sheaf of papers from her bag and smoothed them flat to the hole’s bottom. Refilling the hole, she patted down the dirt, let out a loud sigh of relief, and left the farm.

An hour after the woman left, a man walked into the field. He moved with purpose, led by what he called Inspiration, took up his usual shovel, strode to the freshest mound of earth, and harvested the papers. Holding the sheets up, he shook off the dirt. Here on Story Farm there was only one rule. Once touched, the papers could not be put back, nor could the finder return for a year and a day. But the man had learned to trust in his first selection and today, as he scanned the smudged pages, he knew he’d chosen well. This woman’s story would become, like each of the others, a best-selling novel.
*************************
Short fiction isn't usually the form I'm drawn to, but this little tale wouldn't leave my mind.

My flash fiction story was printed first by Paula in Flurries of Words blog on December 6, 2013.  Flurries offers Book reviews, flash fictions, interviews and x of free and bargain ebooks.
Posted by Amber Polo at 7:29 AM

Email ThisBlogThis!Share to TwitterShare to FacebookShare to Pinterest
Labels: Amber Polo, Flash fiction, Flurries of Words, How to Dig Up a Bestseller, the Story Farm