Clover Autrey Writing a Little Bit of Everything! 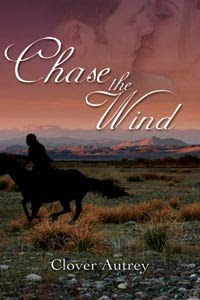 How did you approach the Examiner?

Sounds great. Maybe I’ll see if my local paper needs an online column. Now, what about ghost writing for cash? That sounds even better.

I was very fortunate to get this job. I happened to know a friend who knew the company owner and knew I could write. I’m under contract to not disclose what articles I wrote, but I can say they are similar to what you’d see on Wikipedia—just short 250 word articles. I make $10 to $20 per, pumping out around 40 articles a month. Nothing to eat bon-bons over, but for a second job I can do around my kid’s schedule while in my PJs, it’s a win-win.

Aside from the heavy duty research for each article on the most random of things, I learn a great deal about making every sentence count and how to write in an active, not passive voice, which has carried over into my fiction writing.

What the differences between writing fiction/fantasy and writing for a newspaper?

Tone and perspective. When I write a column or article, I write as myself and use both a conversational and confident tone. I’ll let you in on a little secret. In person, I’m quite shy and will generally hold back, but when I’m seeking someone to interview and during the interviews, the shyness has to float away.

With fiction all traces of Clover Autrey is shrugged off and everything is written from a character’s point of view. But that’s not a hard transition at all, since all writers do that whether they write in other formats or not.

Tell me about PNR (ParaNormal Romance Reviews). How is writing reviews different?

The best part about reviewing is free books and reading new authors. I try to be very honest and remember that even though I have a writer’s baby in my hands, I’m not writing reviews as a favor to them, but with the reader in mind, so I am very careful to first, not give away the ending or any surprises in the book and second, not praise a book that clearly doesn’t deserves it. That said, I also won’t trash a book. Criticism can be written in a kind, honest manner without tromping all over a writer, while at the same time letting readers know it isn’t exactly a top pick. There really is an art to writing reviews. Anyone can definitely tell by tone alone which books I absolutely gush over and which, reviews, though still good, aren’t gush-worthy. 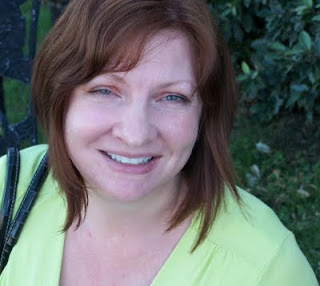 Upon Eagle’s Light is the first in Clover’s Eaglekin Series. Eaglekins are able to share a mind link with an eagle and are being hunted for their special abilities to be used as assassins.

Chase the Wind, the second book in the Eaglekins series, will be released May, 2010. It introduces the Wind Riders, an elite cavalry, whose young leader has to follow an Eaglekin he distrusts to save his brother.

She is also the author of The Sweetheart Tree, a Civil War time travel romance.

Take a look at Clover's Fort Worth Examiner column.

The PNR review blog and some of Clover’s reviews

"Be prepared to be completely swept away"