Why I Write Fantasy - C.J. Gabriel 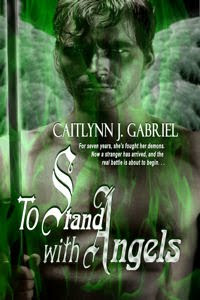 Welcome C.J. Gabriel, author of Western fantasy
Amber: Why do you write Fantasy?
C.J.: To answer this question simply; I write fantasy for the same reason I read it (and for the same reason I believe many other people read it as well): to escape the mundane and commonplace. The need to mentally slip out of real-life once in awhile is human, most all of us feel it on some level at one time or another. I believe that fantasy writers just put those mental meanderings down on paper and create a story that many others can relate to. In a lot of ways, Fantasy is just a more cultivated, channeled form of day dreaming.


Amber: Why did you chose the Western genre?
C.J.: I chose to write Western Fantasy (with a little horror, paranormal, and romance thrown in) do to growing up with a father that watched western movies like a religion. Clint Eastwood and John Wayne films stocked our video shelves. We’d watch a western almost every night…and most nights; two. I’d sit, my eyes glued to the TV screen, as I watched The Duke’s characteristic saunter, or heard The Man Without a Name’s soft, gravelly voice. I thrived on every second of wild gun-fire-fist-fighting-saloon-girl-wooing-and-cattle-stampeding “cowboy action”. It was the perfect day-dream fodder, those movies, and inevitably my thoughts would wander as I watched. I’d change the storylines in my mind…add new characters or imagine what would happen if the characters reacted differently to each other or the circumstances they found themselves in.

However, it wasn’t until I was in my early twenties, that I began to day-dream the paranormal factoring into the western setting. I was watching “The Good, the Bad, and the Ugly” (a favorite) and during the scene where they’re digging for the gold in the graveyard, I thought to myself, “Wouldn’t it be awesome if they accidentally dug up something other than the money? What if a demon showed up about now…or a werewolf, or even a dragon? That’d be a cool twist. The cowboys have to fight for their lives with something other than a revolver!” The idea stuck. My first attempts at writing such stories didn’t fare well, mostly because I would lose interest in the storyline or the plot just didn’t get the way I wanted it to.

Then one day I decided to begin writing a western in a normal context. A woman, living alone in the wild Wyoming Territory and hiding from a past crime, is visited by a stranger who is wounded and on death’s doorstep. She decides to help him and soon finds herself in the middle of a hornet’s nest. Her guest is being pursued by common outlaws, but as the story progresses, and the character’s lives are put into one perilous “Wild West” situation after another, it starts to become clear that gun-fights and showdowns are the least of their problems. A six-hundred-year-old demon is loose and looking for something he’s lost…and the one person that can destroy him forever.

I love this novel because it is everything I would want to read in a story. I understand that not necessarily everyone will like “To Stand with Angels” the way I do, but I wrote it based on something that moved me as a writer.


Amber: Would you write fantasy even if no one read it?
C.J.: When that muse finds you, I don’t think it’s smart to ignore it! I would write this version of fantasy even if no other living person read it or liked it because it’s my story. And I have to tell it. 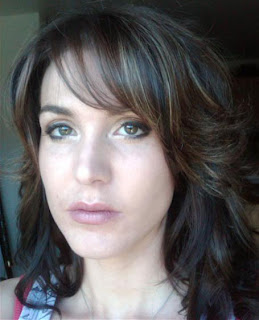 Amber: Tell me more about yourself.
C.J. I'm the mother of two beautiful children and the lucky wife of one amazing man, I am truly blessed in more ways than I can count. Next to writing, I love all things outdoors, from camping to sledding (although, for me, Winter is the best time of year to stay inside and read...or better yet, WRITE!)

Born and raised in Montana, one of the last of the true "Cowboy States", I have always had a deep love of the beautiful rivered valleys and majestic mountain-scapes. Since childhood, I have been inspired by the Old West, so I decided that I wanted to write a series of books that take the supernatural element and entwine it with the raw grit and guns of Western Era.

My cowboys are rugged men with tarnished pasts who've stayed alive by sheer dint of will and skill with a revolver. The ladies of my novels are spirited souls, endowed with supernatural powers...some for Good and others for Evil, but with their beautiful faces and lusty spirits, sometimes it's hard to tell who's who.
I hope that those who read my work find themselves lost in a world of romance, suspense and horror beyond their wildest imaginations, and want to turn around and read the book again just as soon as they've finished it!

Find out more about C.J. Gabriel
at her website or her blog.
To Stand with Angels
is available in print,
for the Kindle and other ebook formats.
Posted by Amber Polo at 5:36 PM