Why I Write Fantasy - Tracy Morris 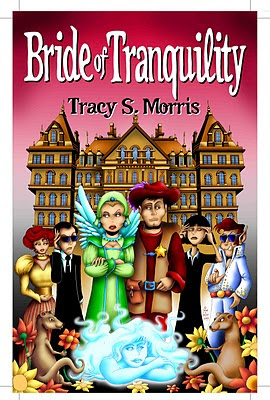 Welcome Tracy Morris, author of urban fantasy mysteries!
Amber: Why do you write fantasy? Tracy: When I started writing, I was drawn to reading fantasy. There were plenty of non-fantasy books that we were expected to read in school, such as the Newbery Award winners like Sarah, Plain and Tall and Dear Mr. Henshaw.  These books never engaged my imagination. I didn't go
home after school and pretend that I was Sarah from the book, or Anne from Green Gables. I wanted to be a Dragon Rider from one of Anne McCaffery's books or Alice having an adventure through Wonderland or Dorothy with magic shoes that could transport her anywhere with a click of her heels (though never Wendy. In the books she only got to play mother and clean up after the lost boys and fix their socks and she ended up tied to the mast of the pirate ship instead of getting to fight the pirates).

I didn't really care for the problems that the girls in the mainstream books faced. I didn't want to read about the girl who was bullied in school (or perhaps I identified too well). I thought books should be an escape into a world where I could be the hero and slay the dragon and solve problems that I couldn't seem to solve in the real world.

When I started writing, it was an extension of the fantasy worlds I already invented. The heroes and heroines of my stories were an extension of myself. And, unlike me as a pre-teen and teen, they were always able to solve their own problems. 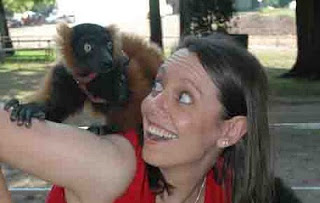 Amber: What are your favorite fantasy novels?
Tracy: The ones with strong heroines and heroes who take on a problem and solve it believably. I know that sounds funny, since it is fantasy. But at the root of every fantasy are human characters with human motivations. I love reading Terry Pratchett because his characters are recognizably and believably human. He may write about wizards, but they still worry about getting tenure in the wizarding classes that they teach and the score of the most recent soccer game.

Amber: Why do you think readers love fantasy?
Tracy: I think readers are drawn to fantasy for the escapism. Fantasy can be a place where they can ride along as an unseen extra character on a grand adventure. You can be right there with Frodo as he climbs Mount Doom. That's why when some of the largest, most beloved fantasies are brought to the big screen, there is intense scrutiny and fan outcry. Particularly if the fantasy portrayed isn't a close match to the
fantasy that the reader has in their head.

I think that's why big budget fantasies like Lord of the Rings were so successful. The fantasy that was put on the screen was obviously a loving and faithful adaptation of the novel series. It's also why inconsistencies with the book, like the missing Tom Bombadill subplot were remarked on by fans. When you make a film adaption of a classic like that, you're challenging every fan's personal fantasy.

Amber: Would you write fantasy even if no one read it?
Tracy: I think most writers would. Writing is like a compulsion that most writers can't deny. They will often go without hobbies, television or necessities in order to be able to write. That's why a lot of us are still at it in the face of daunting odds.

Tracy S. Morris is a self-described kamikaze speller who is blessed, thrilled and occasionally befuddled that someone actually pays her to write. She is the author of the Tranquility series of urban fantasy mysteries. The most recent, Bride of Tranquility is a murder mystery set in a haunted hotel during a Renaissance wedding.
The series is available in paper format from Yard Dog Press, or in E-Format from Baen books.Additionally, the Tranquility series is available in paper format at Yard Dog Press.