Why I Write Fantasy - Joe Vadalma 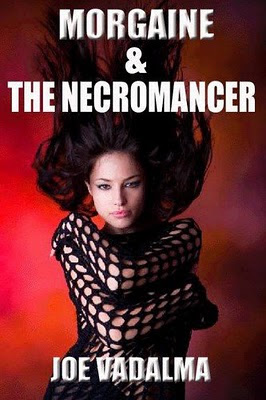 Welcome Joe Vadalma, author of fantasy novels and short stories!
Amber: Why do you write fantasy?
Joe: I've always loved the fantastic. When I was six or seven years old, my parents took me to see “The Wizard of Oz” with Judy Garland. I read the book and wanted more. As a result, I spent every penny I could scrape up on Oz books, not only by Frank L. Baum, but by Ruth Plumly Thompson and John R. O'Neil.

Mostly, however, I write dark fantasy about witches, demons and vampires. My Morgaine the demon witch series is up to nine novels. I'm also writing a series about a character I created for the Morgaine series. Her name is Raven Lenore, and she is a tough private eye and psychic. I like writing in this genre because of all the possibilities from trips to hell and fairyland, time travel, magic, science fictional concepts, the occult and interesting characters.  (I have also written science fiction.)

Amber: What are your favorite fantasy novel? 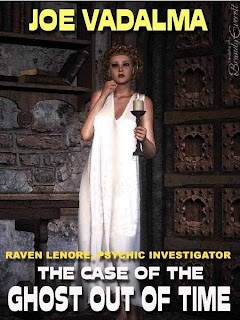 Joe: There are many. I love Pierre Anthony's Xanth series, all the Oz books, anything by H.P. Lovecraft, Lord of the Rings, of course, and novels by Marion Zimmer Bradley, especially The Mists of Avalon.

Amber: Why do you think readers love fantasy?
Joe: I believe it is because fantasy takes you away from the humdrum world that most of us live in and into worlds of adventure, magic and mystery.

Amber: Would you write fantasy if no one read it?
Joe: Probably. I think writers are cursed to write. We are like drug addicts, only story addicts. Ideas are always popping into my mind that I need to write down. I'll probably never write all the stories that I have ideas for. I'd have to be immortal, like some of my characters. I enjoy writing so much that I'd probably do it even if they paid nothing (which is the standard with most E-zines ). Don't tell my publisher this.

I call myself Papa Joe. I've loved science fiction and fantasy from the time I learned to read.  When I was twelve or so, I discovered the pulp magazines. They had garish covers and were printed on blotting paper, but the insides were marvelous. In these magazines, and the slicks and paperbacks that followed a few years later, I learned to love such writers as Isaac Asimov, Ray Bradbury, Robert Heinlein, Robert Silverberg and so many others.
For most of my working life, I was a technical writer for a major computer firm. I learned many things there about computers, about writing and about people and corporations. I lived the Dilbert cartoon. Because of my work, my wife and I moved to a small town in upstate New York where the manufacturing plant was located. We still live there.
Renaissance has published collections of my short stories, The Sands of Time, Mordrake's Apprentice, and Love Among the Stars, nine SF novels, The Isaac Project, For Love of Kumiko, Pawns of Tomorrow, Star Tower, Out of Time, Takeover, The Artifact , Pawns of Tomorrow, Knights of Tomorrow and The Bagod, dark paranormal fantasies The Laws of Magic, Castle Darkest Night and Dinner with Dracula, and my humorous fantasy series The Books of Retslu.
Find out more about Joe Vadalma
At his website:
The Fantastic World of Papa Joe