Why I Write Fantasy - Alma Alexander 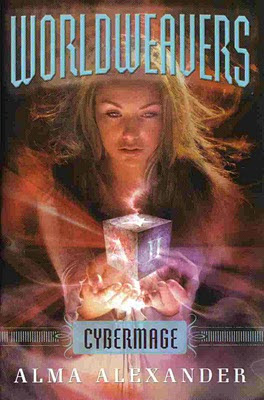 Welcome Alma Alexander, author of historical fantasy for young adults and "grown-ups"!
Amber: Why do you write fantasy?
Alma: I think fantasy is the best shot at reality we've got. Things which you could not say in this our "real" world, wrongs which you could not right, opinions which must remain unsaid because of fear of persecution or retribution - all of this you can give, the bitter truths wrapped in the sweet pill of a fantasy world, and those who read this will take both in and understand them.

And then, of course, there's the sheerest joy of it all, creating your own world to play in and making its rules and then seeing others wander into it from the borders and start looking around and smiling.

Worldbuilding has always been one of the best things about writing a work of fantasy - one of the hardest things to do well, to be sure, but one that has always made me happy. I do not, it would seem, like the easy things in life - everything that's worth a damn has to be earned and I've enjoyed every moment of earning the joy of writing fantasy.

Amber: Why did you write historical fantasy?

Alma: I like historical fantasy (Guy Gavriel Kay take a bow) because of the richness of the tapestry and the sense of "this could almost almost almost be real... and if it isn't or wasn't it damned well SHOULD HAVE BEEN..."

Amber:  What are your favorite fantasy novels?

Amber:  Why do you think readers love fantasy?

Alma: Because it lets them out of the traps of their mundane lives and lets them live something different, something bigger than themselves. It lets them read about, and believe in, magic. it lets them fly. It lets them dream. it lets them IMAGINE - imagine different, imagine greater, imagine more powerful, more poignant. The best fantasy isn't escapist
pablum that lets a reader slither into ignorance and the bliss of the lotus eaters - it's the kind with an edge, the kind that slices open the skin of our own reality and makes both the fantasy and the reality solid enough to make your mind sting and your sould bleed. 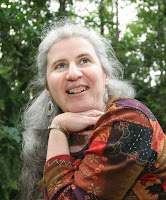 Alma Alexander is a novelist who writes for both YA and
"grown-up" audiences - her books have been translated into 14 languages and sold in more than 20 countries worldwide so far. She lives in the Pacific Northwest region of the United States, with her husband and assorted visiting wildlife that passes through the wild cedar woods of her back yard. She is currently owned by two cats.


Information about Alma’s books can be found at
http://www.almaalexander.com/biblio.php

And her author website.
And her Worldweavers website (YA series)
Learn about her current project Rebirth of a Novel
(a rewrite of a novel she wrote when at 14 -
with the help of a team of teenage advisers) http://heritageofclan.wordpress.com
Posted by Amber Polo at 7:22 AM