Why I Write Fantasy - Mary Hughes 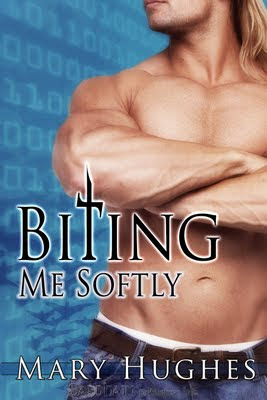 
Mary: To me, fantasy is an integral part of life. It’s that sense of wonder, the ability to see the amazing beauty and variety all around you. It’s the fun, the joy, the wow that makes life worth living. I think that, since fantasy is the “what if” that enchants everyday life, all stories are imbued with it, from romance to spy thriller to sword and sorcery.
I write fantasy because it’s got the biggest helping of wow. The most play in “what if”. I write fantasy because that’s the biggest story playground.
Amber: What fantasy books do you read?


Mary: My published books are red-hot vampire romances. Strangely, my favorite novels star mostly wizards: Jim Butcher’s Dresden Files, David Eddings’s Belgariad, J.K. Rowling’s Harry Potter series. I recently discovered Charles Stross’s Laundry Files. I think the series appeals to the computer programmer in me. My favorite vampire fantasy (and comfort read) is Robin McKinley’s Sunshine.
Amber: Why do you think readers love fantasy?
Mary: As a reader of fantasy, I love the interplay of possibilities that you can’t get in a regular story. Fantasy can show human nature against incredible backdrops, stretch it to the limits and beyond, pit the soul against truly impossible odds. I think fantasy is for the reader who wants more, and more again.
Amber: Would you write fantasy even if no one read it?


Mary: Not only would I write fantasy if nobody read it, I did for twenty years!
Amber: Thanks for being my guest!
Mary: Hugs from Hughes!


Bestselling author Mary Hughes is a computer consultant, professional musician, and writer. At various points in her life she has taught Taekwondo, worked in the insurance industry, and studied religion. She is intensely interested in the origins of the universe. She has a wonderful husband (though happily-ever-after takes a lot of hard work) and two great kids. But she thinks that with all the advances in modern medicine, childbirth should be a lot less messy. (Readers have since told her they think babies should come with an instruction manual, which, while painful [Smirks] , would have been very useful for her two.)
Biting Me Softly


He’s a candy box of sex appeal wrapped with a golden bow. She’s on a diet.


Visions of pink slips dancing in her head, Liese tries to push Logan away without touching his jutting pecs…or ridged abs. Or petting the Vesuvius in his jeans. He’s hiding something, but it doesn’t seem to matter when his smiles stun her, his kisses crank her to broiling and his bites rocket her to heaven. Fangy bites which, if she weren’t grounded in science, would make her think ampire-Vay.

Buy at Samhain Publishing  or Barnes and Noble

Also in this series
Bite My Fire Cop Elena O’Rourke takes on suspect Bo Strongwell as she investigates her first murder. Bo Strongwell is a master vampire who needs a cop snooping around like he needs a garlic enema. Warning: Jammed with hot explicit sex, graphic fanged violence, and acid cop humor. May contain donuts.
Biting Nixie Nixie is five foot nothing of punk rock musician. Julian Emerson is six-plus of gorgeous…and a lawyer more buttoned-down than his three-piece suit. And then Nixie discovers Julian’s a vampire.  Warning: contains explicit language, violence and cheese balls. Those things are just scary.

To learn more about Mary Hughes
and her books check out
her website
Mary’s Contest!


To celebrate Biting Me Softly in stores around the US,
I’m having a giveaway! Just comment on this post to enter.
For a second chance, let me know the city or bookstore where you’ve seen Softly!
Through April 30, 2011.
Adults only please.
Winner will receive a choice of Biting Me Softly in paperback
(if US or Canada)
or one of Bite My Fire, Biting Nixie,
The Bite of Silence or
Biting Me Softly in ebook.
Posted by Amber Polo at 8:51 AM