Here's a re-post from Beth Trissel's "One Writer's Way" blog on August 29, 2012!
I was impressed with her research and wanted to share her work with more readers. 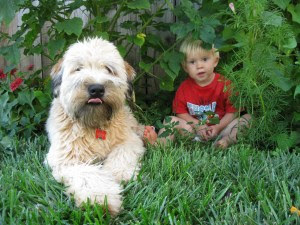 Heads Up For All Dog Lovers by Beth Trissel

A report out TODAY From Radio Free Europe: “In an unprecedented move, Iran’s police have created a dog “prison” in Tehran. The move is part of a crackdown on what officials describe as immoral and un-Islamic behavior, during which thousands of young men and women have been detained or received warnings about the way they are dressed. Radio Farda reports that Tehran pet-owners are now also among those under pressure from the authorities.”

As a devotee of dogs, I find it distressing in the extreme that Muslim‘s have much in their religion against our canine friends. Not to mention some of their other dislikes, but back to dogs. Here are some of the reasons I found:
From Wiki Answers:  (Regarding Muslim beliefs) “Dogs can be kept only in certain circumstances. Angels will not enter a house in which a dog is kept.
It was said by the Prophet (pbuh), “Whoever keeps a dog, a portion of his good deeds will be deducted every day, except a dog for farming or herding livestock.” 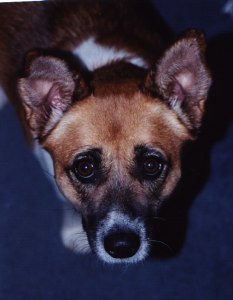 Islamic legal tradition holds that dogs are “unclean” animals, and some say the call to ban them in Holland and elsewhere represents an attempted encroachment of Islamic Sharia law in Europe.

This latest canine controversy — which the Dutch public has greeted with a mix of amusement and outrage — follows dozens of other Muslim-vs-dog-related incidents in Europe. Critics say it reflects the growing assertiveness of Muslims in Europe as they attempt to impose Islamic legal and religious norms on European society.”

From this article Muslim’s in Spain Declare Jihad On Dogs:  (2011) “Spanish authorities are investigating the recent deaths by poisoning of more than a dozen dogs in Lérida, a city in the northeastern region of Catalonia that has become ground zero in an intensifying debate over the role of Islam in Spain.
All of the dogs were poisoned in September (local media reports here, here, here, here and here) in Lérida’s working class neighbourhoods of Cappont and La Bordeta, districts that are heavily populated by Muslim immigrants and where many dogs have been killed in recent years.

Over the past several months, residents taking their dogs for walks have been harassed by Muslim immigrants opposed to seeing the animals in public. Muslims have also launched a number of anti-dog campaigns on Islamic websites and blogs based in Spain. In response to the “lack of sufficient police to protect the neighbourhood,” 50 local residents have established alternating six-person citizen patrols to escort people walking their dogs.”~
Is this coming in America? It seems in those countries where Muslims are gaining a stronger foothold, dogs and their owners are coming under attack.
For a more in-depth discussion on this subject visit this article at Yahoo Voices.

Beth was researching dogs for a book she's at work on and came across alarming info which led her to more digging and to this post.